As I type this I’m in the midst of my “Unrest in the Midwest 2017” tour, so I hope you’ll excuse me for being a bit brief with this update.

That aside, I’m tickled to say my solo debut at Emerald City Comic Con was a smashing success (I honestly had no idea I had so many readers on the West Coast!), my brother-from-another-mother (and father) Dan Dougherty and I successfully defended out “Comic Book Creator Karaoke Championship” at Fantasticon Toledo, and, perhaps most excitingly, it’s just been announced that I’ll be a guest at Planet Comicon this year — another debut show for me!

By the time most of you will be reading this the “Bibliography” section of the website will have been updated too… allowing you completists out there to make sure you have EVERYTHING.

Finally, it’s worth noting that I have a new WRITE OR WRONG: “Live!” panel that I’ll be presenting at several conventions this year. It’s titled “Write or Wrong: Creating Comics (By the Numbers)” and I think it’s not only the best “Write or Wrong: Live” panel I’ve run to date, it’s also a nice taste of what you can all expect in WRITE OR WRONG Volume 2 when that book is released later this year or early next year…

There’s a lot of other stuff happening behind the scenes, of course (including TALES OF MR. RHEE Volume 4 now entering active production), and while I can’t quite talk about a lot of it publicly yet, I encourage you to read the last post below for news on my latest and upcoming book releases, and to also subscribe to my aforementioned newsletter for once-a-month updates on all the behind-the-scenes happenings, convention updates, and more!

Thanks, all! I look forward to seeing you on social media or on the road soon! 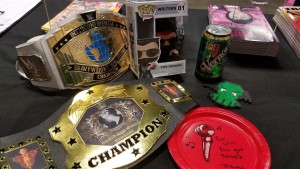