Dear Diary (to My Friends),

Happy 2023! Can you believe that this coming March will be the 20th anniversary of the debut of Nightmare World as an online comic series?

Yes, this also means March 2023 marks my 20th anniversary of my debut as a professional, published comic writer. I guess that explains those gray hairs starting to sneak into my temples, eh? To celebrate, I’ll be taking to the road this March for the “Twenty Years of Terror Tour” throughout the Midwest, and details are available here on the website’s Events Calendar. I hope to see a lot of you on the road this March, or at the select other appearances I’ll be making after the tour ends and the end of the year.

Yes… “select” other appearances. As it stands right now, I’m only planning a handful of convention appearances between March and the end of the year, as I have a dozen(!) titles officially scheduled for release from Source Point Press in 2023! The newly announced titles as per my January newsletter (you’re all signed up for my monthly newsletter via the form on the front page of this website, right?) include this pretty stellar lineup, if I do say so myself: 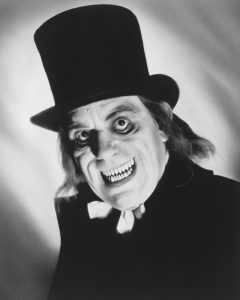 Lon Chaney as the iconic vampire in LONDON AFTER MIDNIGHT

Furthermore, aside from these new releases/editions, 2023 will also see the mass market releases of the following previously solicited/Kickstarter books, including:

If my math is correct, this means I’ll have released my 20th graphic novel during my 20th year as a comic book writer. I ain’t mad about that at all, you know? As a guy who started my career publishing my comics online, to now be in this position is, well, an honor, honestly.

I know how fortunate I am to be able to offer you the books me and my collaborators produce, and I hope you (yes, YOU!) know how grateful I am to you for your continued support. The comic industry is continuing to change and evolve, but your continued support is what makes it possible to keep on keepin’ on, providing you the very best we can offer in (mainly) horror-themed comics and graphic novels.

As I said a moment ago, I look forward to seeing many of you on the road this year, and in the meantime, I hope you’ll consider staying connected and staying in touch via the aforementioned newsletter, as well as on your social media platforms of choice, such as Instagram and/or Facebook, or even YouTube (are you a subscriber?). Yes, yes… I know I need to get hip on how to use TikTok, too, and it’s on my list of things to do this year. Maybe for my birthday later this month?

Regardless of how much I learn to Tik and Tok (or not), rest assured, I’ll be busy working away on comics, and I most sincerely appreciate you all so much!

Stay in touch, friends, and let’s prepare for a great year of comics together! 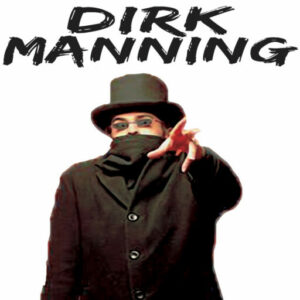 “What do you mean you only look like that on the Internet?”